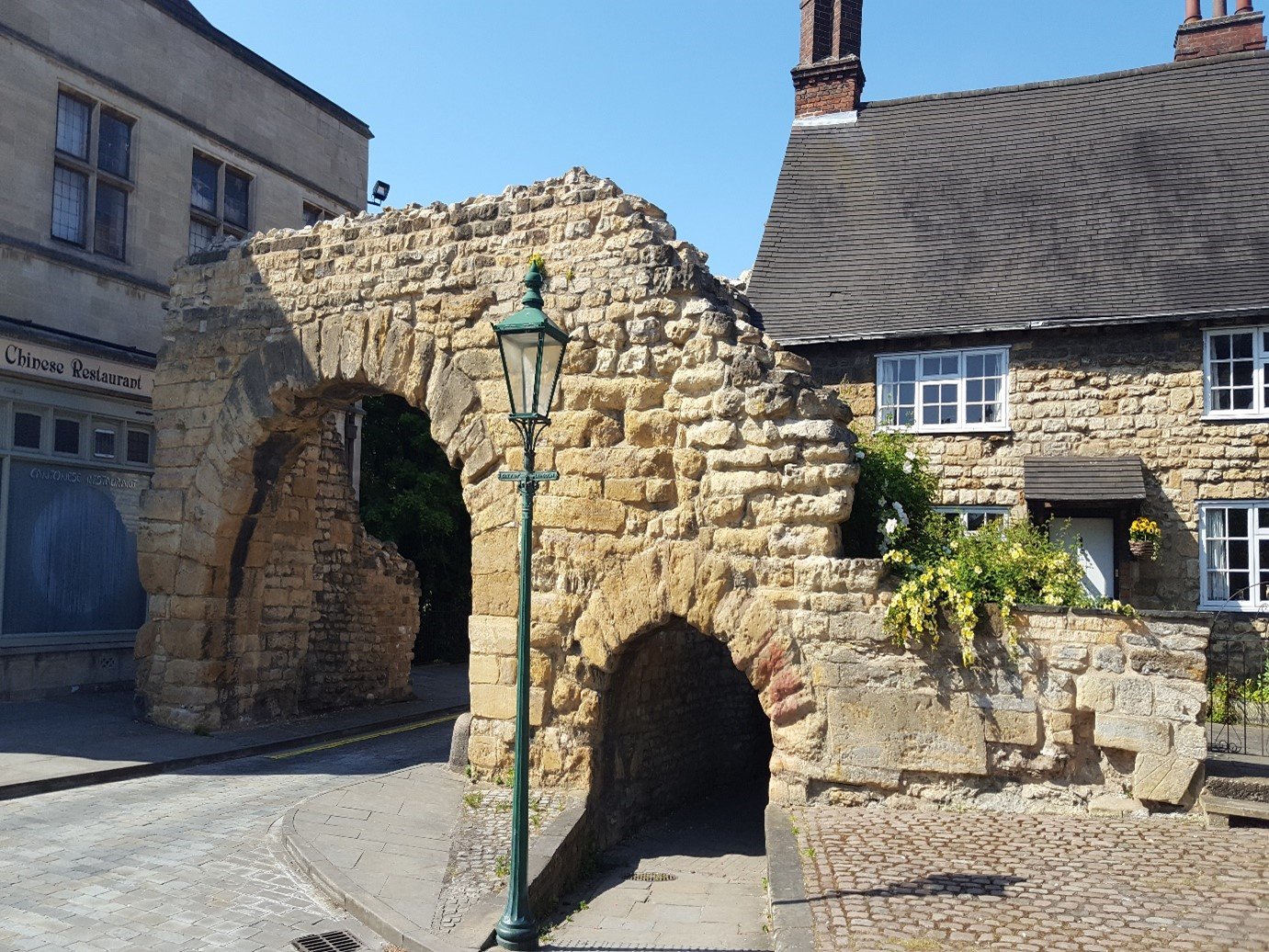 The Romans taught us the importance of longevity and, despite the evacuation of the Province of Britannia in the early 5th Century, there are still a remarkable number of monuments from the Roman Empire. Many can be visited while walking the UK’s long-distance paths and several are included in our featured walks. Here is a short selection of Roman sites to enjoy.

As a World Heritage Site, it is difficult to surpass Hadrian’s Wall. The Hadrian’s Wall Path is 84 miles long and follows the route of the Wall from Wallsend in Newcastle to Bowness-on-Solway. Sections of the Wall have disappeared over the years, yet there is still a remarkable amount to see, particularly in the central section. The Roman Fort at Housesteads, on the stretch between Chollerford and Twice Brewed. Housesteads was built in AD 124 (the Wall was begun in AD 122) and has one of the best-preserved stone latrines from the Roman era! Another fascinating relic is the Mithraeum at Brocolita Fort. Mithras was a god of Egyptian origin who was worshipped by Roman soldiers. This temple would originally have been built to resemble a cavern.

This is a 3rd-Century Roman gate in the city of Lincoln and can be visited when walking the Viking Way, a 140-mile walk from Barton-upon-Humber to Oakham. Lincoln flourished under the Romans and was a major colony (Lindum Colonia). Newport Arch is the oldest arch in the UK still used by traffic. Ermine Street passes through it – this was the Roman road that ran from London (Londinium) to York (Eboracum). The arch has been hit by a number of lorries over the years. The worst of these accidents was in 1964 when it was struck by a lorry belonging to the Humber Warehousing Company – the repairs cost £1595.

Walk on the north side of the Thames Path through London, and a short detour will take you to the remains of London Wall near the Tower of London. The Wall was started in AD 200 and stretched for approximately 2 miles. For 1500 years, the physical growth of London was constrained by this defensive wall. Built by the Romans the wall formed the foundation of the later City Wall. The wall decayed during the Dark Ages; it was extensively rebuilt during Medieval and Tudor times. Much of the wall was demolished in the 18th and 19th Centuries, and where sections survived, they were often buried beneath shops and warehouses. During the 20th Century several sections were excavated and preserved. One of the best-preserved sections is adjacent to Tower Hill tube station.

One of the eleven forts built on the coast by the Romans during the 3rd, Branodunum is  adjacent to the village of Brancaster on the Norfolk Coast Path. The forts were garrisoned for over 150 years until they were abandoned when the Roman army withdrew from Britain. They later came to be known as the Saxon Shore Forts. Although little remains of the fort today, the site was excavated in 2012 by Channel 4’s Time Team. This uncovered the layout of buildings and streets, plus barrack blocks and a horse training area. They even found fragments of Roman cavalry scale armour. The fort was garrisoned by cavalry from Dalmatia (part of modern-day Croatia).  The cavalrymen must have found the North Sea quite a contrast from the Adriatic.

Piecebridge today is a picturesque village. In Roman times, however, it guarded the point where Dere Street crossed the River Tees. Dere Street itself ran from York to the Antonine Wall in Scotland, crossing Hadrian’s Wall near Corbridge. The fort was built in AD 260, adjacent to an existing civilian settlement. The Fort was substantial and contained a headquarters building, the commandant’s house, a hospital, granaries, workshops, barracks, a bath house, and stables. Not far from the village on the south side of the river, are remains of the Roman bridge. Piecebridge Fort was visited by Time Team in 2009.

Roman Ford – Stamford in Lincolnshire (on the Hereward Way)

Although not much to look at today, the Roman Ford was at one time where Ermine Street crossed the River Welland. In AD 61 survivors of the Ninth Legion fled this way pursued by Queen Boudica of the Iceni. The Ninth had suffered defeat at Camulodunum (modern-day Colchester) when most of the legionnaires were killed and only the cavalry escaped. The Legion was known as the Hispana because it was originally raised in Spain.

The Roman influence on Britannia was extensive, and this is only a selection of the Roman monuments to encounter while walking the UK’s long-distance paths.

In Praise of Industrial Landscapes

Walking in the footsteps of Joe Cocker & The Beach Boys