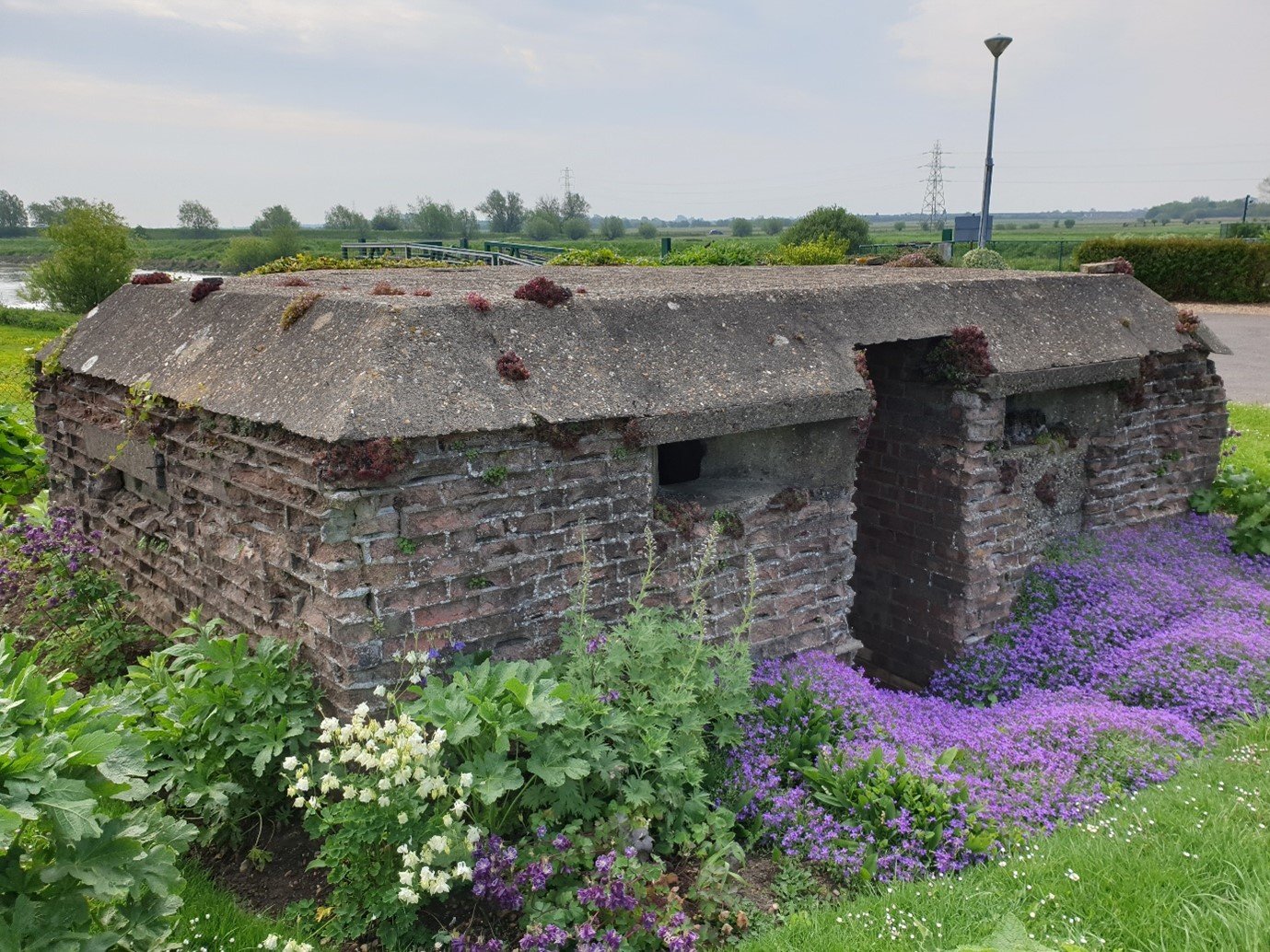 The Second World War ended 75 years ago, yet there are still many reminders of that time hidden away on the coast and in the countryside. Fear of a German invasion resulted in the construction of thousands of defensive fortifications along the coast and at key strategic points inland. New airfields were constructed at a rapid pace for the RAF, and later the USAAF. And of course, there are numerous memorials to the enormous loss of life. On most walks you’ll encounter at least one or two reminders – here are just a few.

There are some remarkably well-preserved pillboxes outside Peterborough covering the River Nene. But what is of particular interest is an unremarkable industrial estate near Harling Road railway station. During WW2, the Black American General Service, comprising engineer and quartermaster troops, occupied this site. This is a reminder that racial segregation used to operate in the US armed forces. This segregation did not officially end until 1948.

Look carefully, and you’ll see some interesting artifacts on the Norfolk coast. Near Holme-next-the-Sea, there are some Spigot Mortar baseplates that were part of the coastal defences operated by the Home Guard. At Cley next the Sea, there is an Allen-Williams turret which would have housed a two-man machine gun team. And on Beeston Hill, there are the remains of a “Y” Station that intercepted radio signals from German E-Boats. These were then sent to Bletchley Park for decoding.

You’ll find numerous coastal defences on the Northumberland Coast Path, ranging from pillboxes to anti-tank obstacles. If have the opportunity, however, it is worth visiting the King’s Own Scottish Borderers museum in Berwick-upon-Tweed. It contains some fascinating memorabilia, including the keys for Spandau Jail in Berlin. These were handed to the Quartermaster of the 1st Battalion the day after Rudolf Hess died in 1987, just before the jail was demolished.

Look out for a poignant memorial with the following inscription “In memory of Sheila, Jack Dagg’s faithful Collie, who helped him and Frank Moscrop rescue four American airmen when their plane crashed on The Cheviot on 16th December 1944. She was awarded the Dicken Medal”. Sheila was the first civilian animal to be awarded the Dicken Medal, commonly referred to as the animal’s Victoria Cross.

The Viking Way runs through Lincolnshire and has a large number of former airfields, as well RAF bases that are still operational. One memorial of particular interest is in Woodall Spa. This commemorates 617 Squadron, otherwise known as the “Dambusters”, which was led by Wing Commander Guy Gibson. Also, just outside Lincoln, is the International Bomber Command Centre, which is well worth a visit. It commemorates the 57,861 men and women who lost their lives as part of Bomber Command during WW2.

Not far from Filey is RAF Staxton Wold which is the oldest continuously serving radar station. It became fully operational in 1939 and was part of the Chain Home.  Chain Home was the first early warning radar network in the world.

Walking in the footsteps of Joe Cocker & The Beach Boys