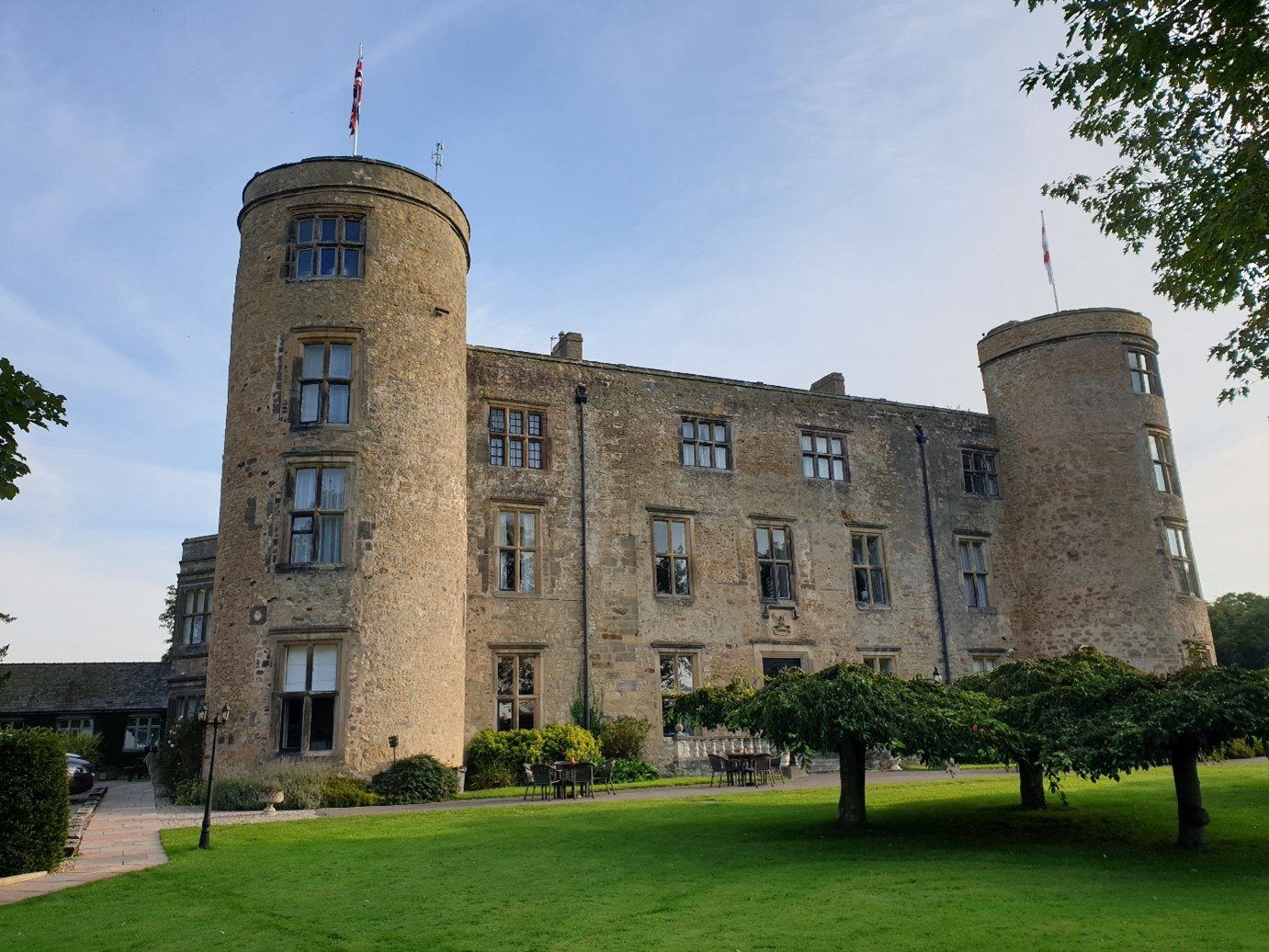 One of the joys of a long-distance walk is that you do not always get to choose where you stay. No choice, you say! But this should be seen as a positive because it takes you outside your comfort zone. For example, if your finish point is at a small village in the middle of nowhere, then there may only be one place to stay. We all need new experiences, and I have highlighted below just some of the more interesting places where I have stayed:

I had started the Teesdale Way near Redcar and planned to stop in Middleton One Row at the end of the second day’s walking. Although there is a very pleasant hotel in Middleton, this was fully booked and so I had to look for nearby alternatives. My luck was in and I found a room at the interestingly named Goosepool Hotel. This was about a mile away, situated within the grounds of Teeside International Airport. The airport started life as RAF Middleton St. George which was a Bomber Command station during World War Two. Andrew Mynarski, a member of 419 Squadron Royal Canadian Air Force based at Middleton St. George, was posthumously awarded the Victoria Cross. Although the RAF base closed in 1964, many of the original buildings still remain. The Goosepool Hotel is the former Sergeants’ Mess, and the restaurant has RAF memorabilia on display. There is even a replica jet fighter on the roof!

On the final evening of my walk along the Yorkshire Worlds Way, I had the pleasure of staying at Cave Castle Hotel. It was built in its present form in 1875. There was, however, an ancient fortification on this site mentioned in the Doomsday book in 1086. The Castle was bought by the Barnard family in 1748 and the house in its various forms remained in the family until 1925. Very little is known of earlier buildings but the cellars and an escape tunnel from the nearby church date back from before 1791. John Washington, great grandfather of George Washington (i.e., the first President of the United States), lived on the Cave Castle estate prior to emigrating to America. Towards the end of World War Two, Cave Castle was used as an officers’ mess. Barracks built in the grounds housed prisoners of war. The Castle been a hotel since the mid-1940s.

One the first things you notice as you approach the Grass Roof Hub is, you guessed it, the grass roof. Located in Barnard Castle on the Teesdale Way, the Hub is a community centre providing facilities for various arts and sports activities. The roof is covered in grass, wild flowers, and plants.  It was designed with a waterproof membrane ensuring the building below is snug and dry whilst the roof provides an eco-climate for a range of wildlife and plants. The Hub also has five bedrooms, each sleeping between 5 to 8 people. The night I stayed there, it was just me and my walking companion. We picked-up some microwave meals and cooked them in the well-appointed kitchen. By about 9pm we had the place to ourselves once the activities had finished. We had a very enjoyable evening drinking copious amounts of tea whilst playing pool.

When planning to walk the Cotswold Way, I was looking for somewhere to stay near Cheltenham but not too far away from the path. I discovered that the Koloshi Restaurant just outside Charlton Kings, had started to offer B&B. Previously known as The Reservoir Inn, Koloshi specialised in fine Indian dining. The stay turned out to be a memorable experience. Although the restaurant was shut the evening I was staying, the owner opened the kitchen especially, and I had a fantastic meal before going back to our newly fitted-out room. I looked at the Koloshi website recently, and it looks like they are no longer offering accommodation, which is a shame. Hopefully, they will restart their B&B business at some point and walkers can once again combine an excellent Indian meal with an overnight stay.

The George Inn is situated on the Dales Way in the tiny village of Hubberholme in North Yorkshire. One of the first things that you notice when entering is the candle burning at the end of the bar. The George was at one time the vicarage for the nearby church and it was traditional for the vicar to keep a lighted candle in the window, so parishioners knew that they were welcome to call. When in 1754 the building became The George, it was still owned by the church and the tradition of lighting the candle whenever the pub is open has continued to this day. The other part of this story is that every year on the first Monday after New Year’s Day, there is a meeting of the Hubberholme Parliament at which an auction takes place for 16 acres of pasture land just up the road. The auction is preceded by a short service of prayer in the church and then, the assembled crowd watch as the candle in the pub is lit to mark the start of bidding. It finishes when the candle extinguishes itself. The auction raises funds for the Poor Pasture Fund, traditionally used to help locals in need.

While walking the Teesdale Way, I had actually planned to stay in Piecebridge, beside the River Tees. Unfortunately, the hotel I had planned to stay in became insolvent, so I had to detour to the impressive Walworth Castle Hotel. Walworth Castle is an 11th century castle, situated in County Durham. The current building was completed around 1600. It stands on the site of a former manor house or castle built in the 12th century by the Hansard family. The estate passed through the hands of various families, and eventually became a POW camp during World War Two, and then a girls’ boarding school after the war. It has been a hotel since 1981. The Castle has had some distinguished visitors over the years. King James VI of Scotland stayed here on 14 May 1603 while travelling to his coronation as king of England. Interestingly, the room where I stayed had been built as part of the POW camp.

As this blog demonstrates, you will encounter a wide variety of different types of accommodation on a walking trip across the UK. Wherever you stay, however, you will invariably receive a warm welcome.

How to Travel Light, Travel Fast