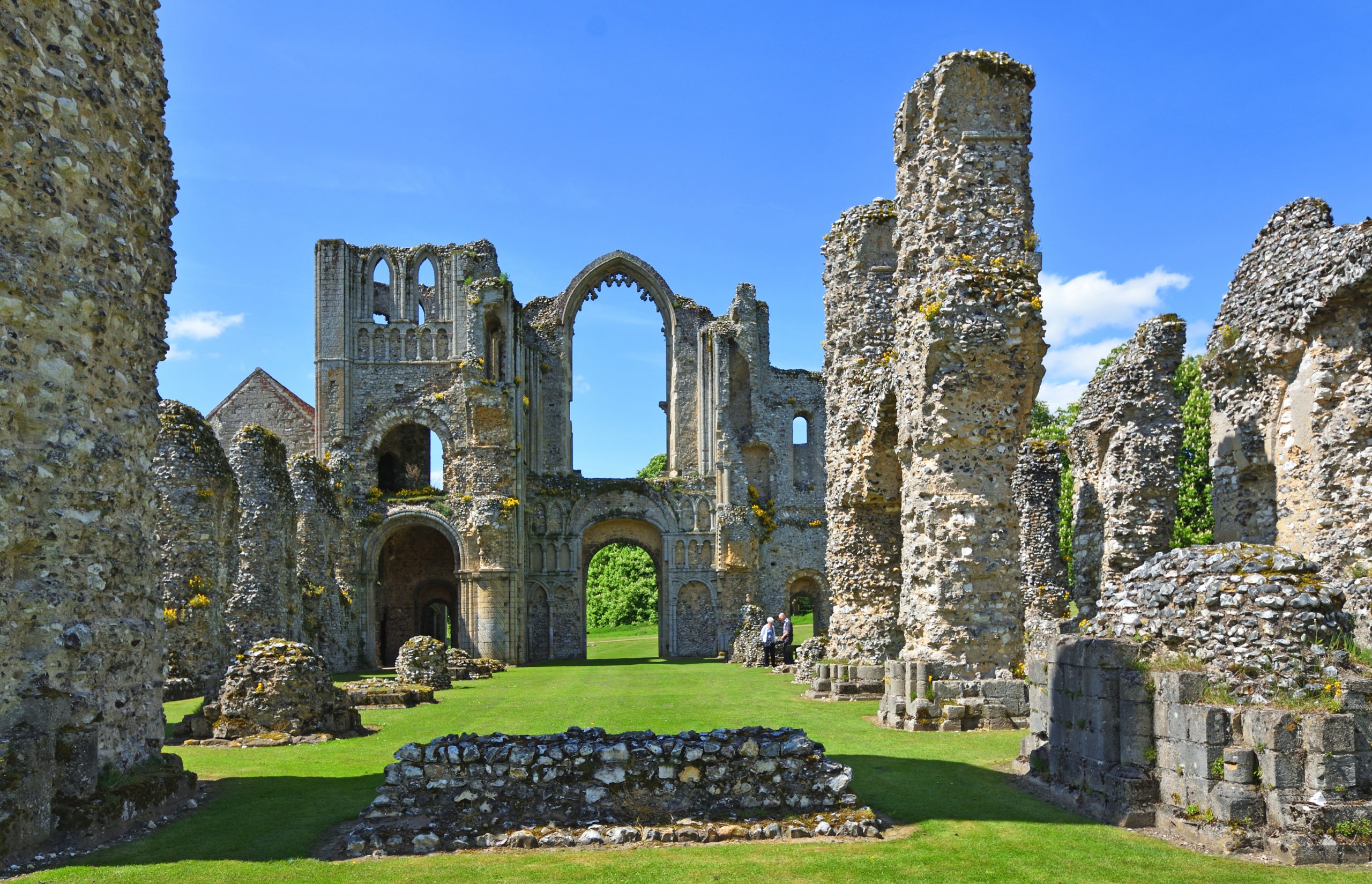 The Queen’s Platinum Jubilee year is the ideal time to walk the Peddars Way with its extensive royal connections. This 46-mile National Trail starts in Suffolk and also crosses the border into Norfolk and traverses the county before finishing on the coast.

You’ll follow the route of a Roman road, which probably predates this period as it’s also part of the ancient route known as The Greater Ridgeway linking the South Coast at Lyme Regis to the Wash. You can comfortably be complete the walk over 4 days so the Peddars Way is ideal for a long weekend. Starting at Knettishall Heath in Suffolk, these are some of the highlights that you will encounter on this beautiful walk:

One of the driest parts west Suffolk and south Norfolk, characterised by a landscape of open heathland and tranquil forest. An area described as “barren” by Charles Dickens in David Copperfield, the Brecks could be prone to violent sandstorms before the extensive planting of pines. Much of the Brecks is now a Site of Special Scientific Interest and home to several bird species such as Stone Curlews, Woodlarks and Nightjars. Rabbits were introduced by the Normans in the 12th century, the sandy soil being ideal for burrowing. Rabbits were farmed in this area for their meat and fur up until the early years of the 20th

This was a Cluniac priory founded in 1089 and subject to the authority of the Abbot of Cluny in Burgundy. The original benefactor was William II de Warenne whose father fought alongside William the Conqueror at the Battle of Hastings. After nearly 450 years in existence, the priory was dissolved in 1537 by King Henry VIII as part of the dissolution of the monasteries. At the time of dissolution it just had a prior and ten monks. In 1615 the estate passed to Sir Edward Coke, one of the greatest jurists of the Elizabethan and Jacobean eras. His ancestor, the 8th Earl of Leicester, still owns the ruins. The site is now managed by English Heritage.

Stay in the village of Castle Acre, where the eponymous castle was built by William I de Warenne soon after the Norman Conquest. Originally a motte-and-bailey construction, it was gradually transformed into a substantial stone castle and frequently visited by royalty. Henry III visited four times, and Edward I visited five times. The castle eventually fell into disrepair and was a ruin by the time it was inherited by Earl of Arundel in 1397. Along with the priory, the castle passed into the ownership of Sir Edward Coke in 1615. Although the castle has been robbed of much of its stone over the years, the bailey gate which formed part of the town wall has survived relatively intact. The castle is now managed by English Heritage.

About half a mile from the path, Anmer is a small village with famous royal residents. The village was first mentioned in the Doomsday Book, although the Bronze Age barrows near the path are testament to much earlier occupation. Anmer Hall which was originally built in 1802 is now owned by the Queen’s nearby Sandringham estate. Since 2014 it has been the country home of the Duke and Duchess of Cambridge and their children, George, Charlotte and Louis. Anmer Hall itself is in a secluded location, but it is normally possible to visit the adjacent St Mary’s Church which is on the estate. Anmer Hall was formerly the home of the Duke and Duchess of Kent, the Duke of Kent being the Queen’s cousin, so this is an area steeped in royal connections.

Holme next the Sea

There is something magical when you see the first glimpses of the sea glinting in the distance. A beautiful beach awaits when you eventually reach the end of the Peddars Way at Holme next the Sea. The village is picturesque and situated within the North Norfolk Heritage Coast. The beach to the north of the village is a real hidden gem. Crossing a golf course and sand dunes, the beach is massive with flat golden sands as far as the eye can see. In 1998 “Seahenge” was discovered on the shifting sands of Holme beach. Seahenge was a 4000 year old Bronze Age timber circle comprising a huge tree stump buried upside down and surrounded by 55 timber posts. It was excavated to prevent deterioration and parts of it can now be seen at Lynn Museum in Kings Lynn.

The Peddars Way is a great walk with fascinating historical connections, starting with relics of the Bronze Age, ranging across the Norman Conquest and dissolution of the monasteries, and right up to modern times with the country retreat of William and Kate!

In Praise of Industrial Landscapes